Identification Guide to the Tomoceridae

Springtails in the family Tomoceridae are some of the most frequently encountered species in the UK for two reasons - they are very common and they are large. For this reason, although better identification keys are available, I think it's worthwhile publishing this simple version - hope it helps. If you don't understand all the technical terms (e.g. dens, furcula) and need help I suggest searching Google for images.

To begin at the beginning.

1. Orders: Springtails can be divided into three groups:

2. Segmentation: The family Tomoceridae are part of the Entomobrymorpha. In the Tomoceridae, the third abdominal segment (abd3) is the longest, whereas in the Entomobryidae abd4 is longest. This characteristic is the first thing to look for and identifies a member of this family.

4. Antenna shape: All the species listed here were formerly in the genus Tomocerus but have now been split into two genera based on the shape of the antennae. If ant and ant4 taper towards the tip, go to 5. If the antennal segments do not taper significantly (nearly cylindrical), go to 6.

5. Genus Pogonognathellus:
In this genus, ant3 and ant4 taper towards the tip; ant3 is scaled, c.f. Tomocerus. The four anterior ocelli are in a diamond configuration.

Pogonognathellus longicornis - very common, widespread. The antennae are longer than the body (including the head). This species frequently curls ant3 and ant4 into a tight spiral: 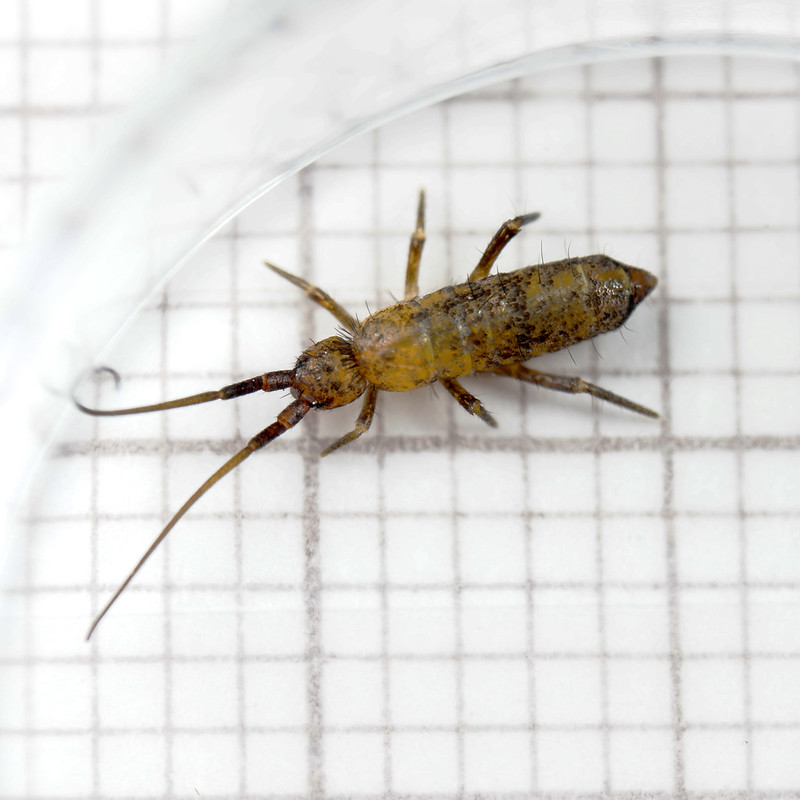 In addition, the empodium is about 1.2 times as long as the claw due a thin filament on its tip (c.f. P. flavescens has no filament on any empodium): 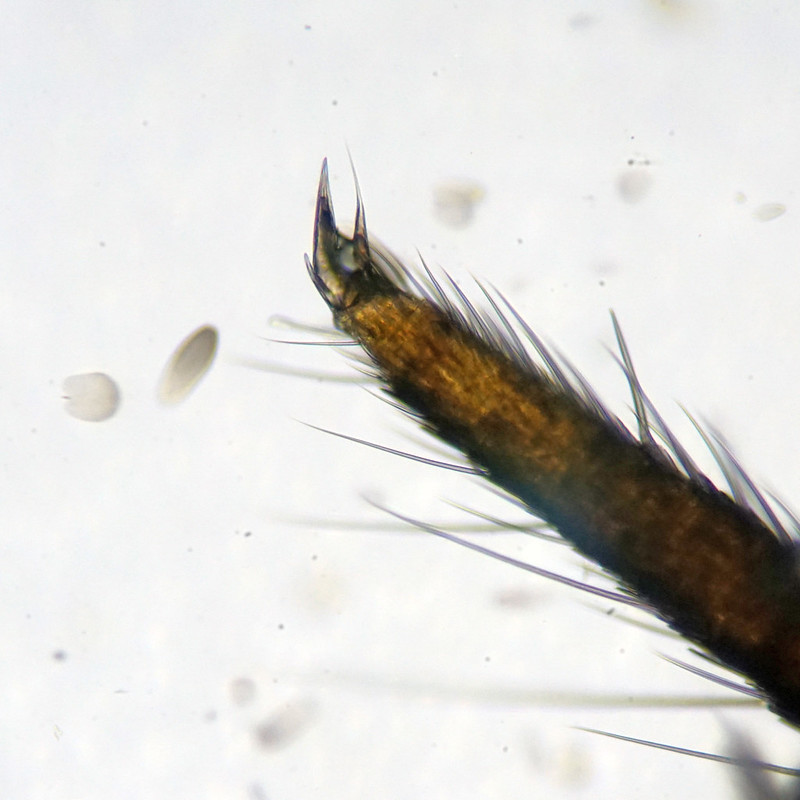 Pogonognathellus flavescens - scarce, a more upland species.
The antennae taper but the intact antennae are shorter than the body (including the head): 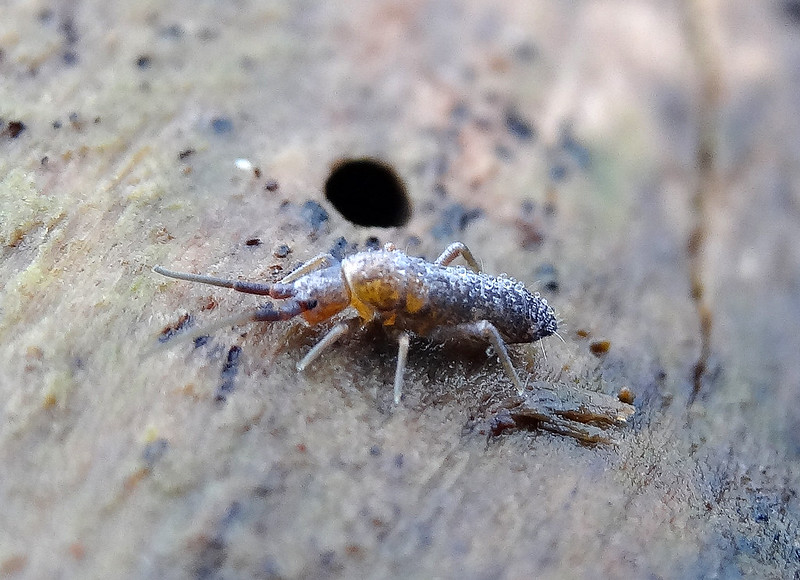 Note that in spite of the name, yellow colouration is not characteristic for this species - see below. If in doubt (e.g. if the antennae are broken, check the empodium (see above) which is shorter than the claw.


6. Genus Tomocerus:
In this genus the antennal segments do not taper significantly (nearly cylindrical). The four anterior ocelli are in a square configuration. Ant3 is not scaled and cannot curl (ant4 can be curled slightly). 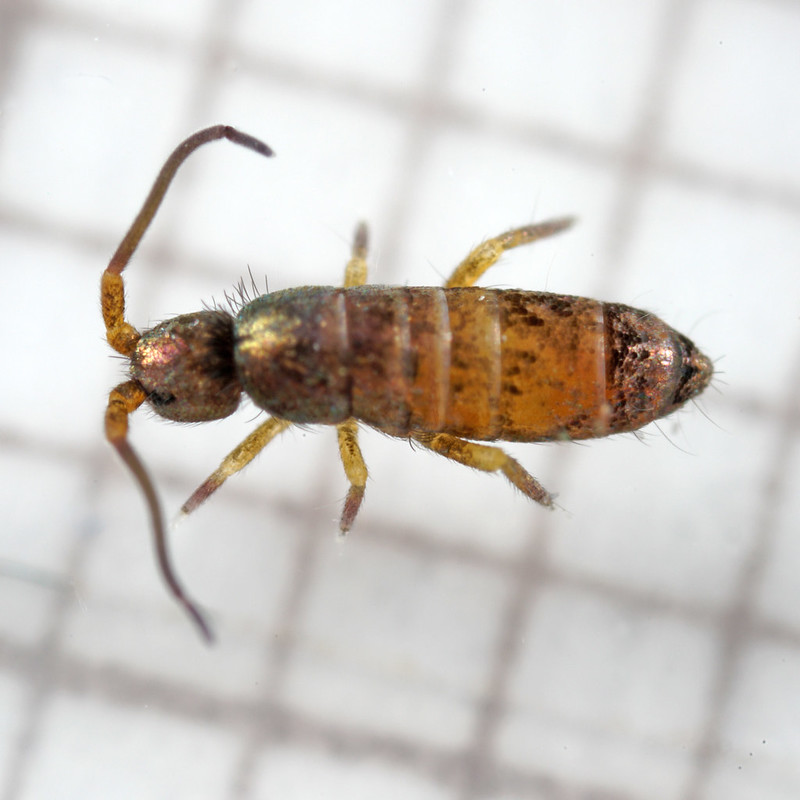 Separation this species from T. vulgaris requires examination of the spines on the dens (part of the furcula). In T. minor these are tridentate (three teeth): 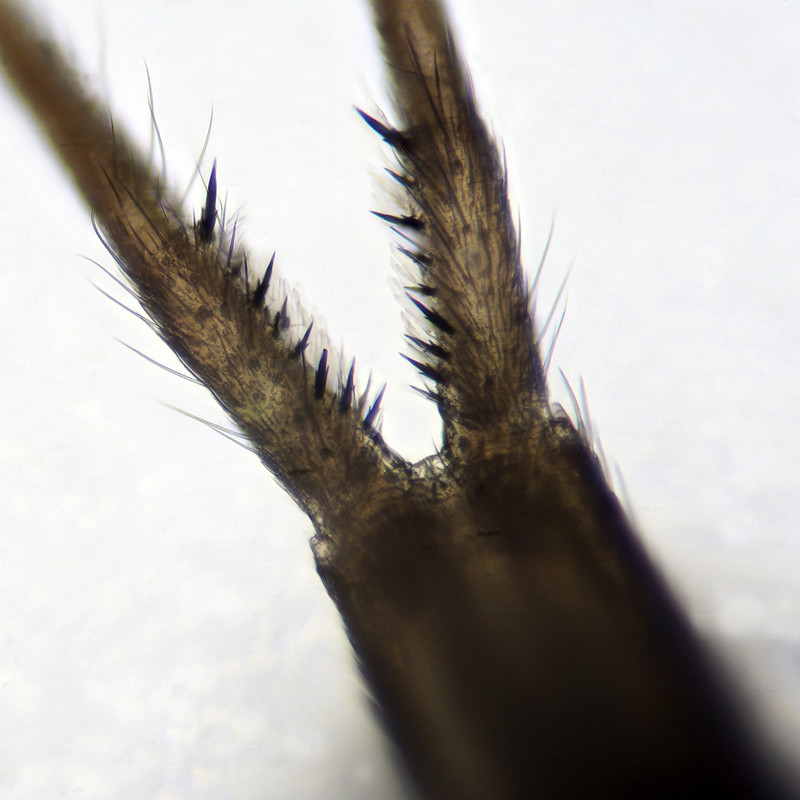 Tomocerus vulgaris - common, widespread. Characterised by transverse iridescent bands of scales in natural light (may not be visible with flash): 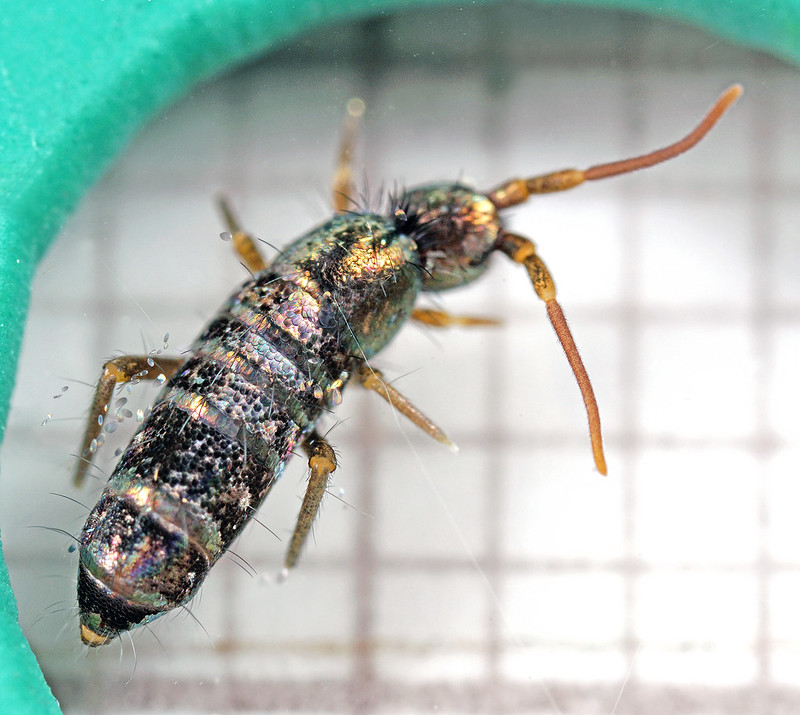 However the scales are easily lost - see below. Partially descaled T. vulgaris: 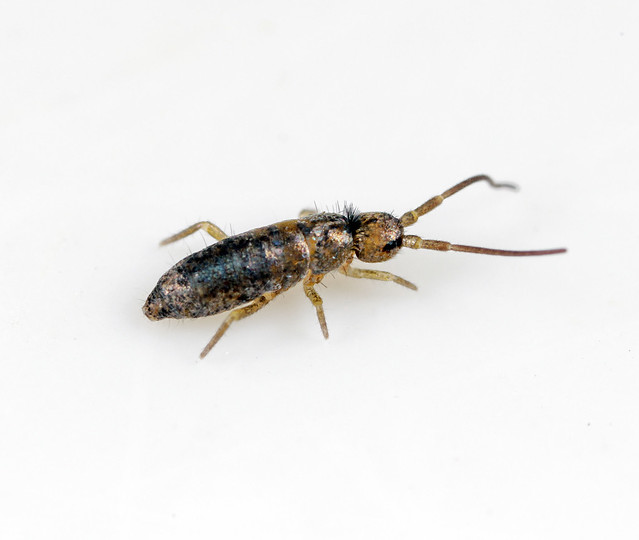 Tomocerus minor/vulgaris can only be accurately confirmed by the the presence of simple (rather than three-pointed) spines on the dens (part of the furcula). In T. vulgaris these are simple (no teeth on the spines, c.f. T. minor above): 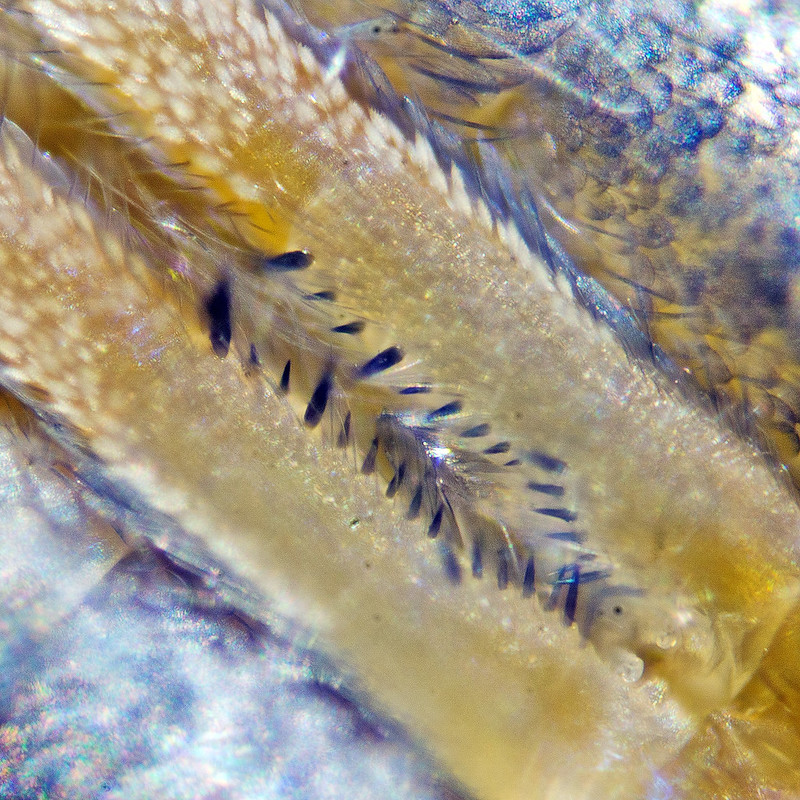 There is one further UK species in this family, Tomocerus minutus, but this is extremely rare and has only been reported from mountain tops in Scotland and Wales. No specimens of this species exist, so it cannot be confirmed and should be ignored (unless you're on a mountain top and find a Tomocerus which does not look like any of the above).

The problem with scales
All the Tomoceridae are covered with dark and/or iridescent scales. At least, they start out with scales, but these are easily lost, revealing a golden body colour underneath. Scales and scale patterns are thus not a reliable identification characteristic in this group (and I should know, it's fooled me more than once! 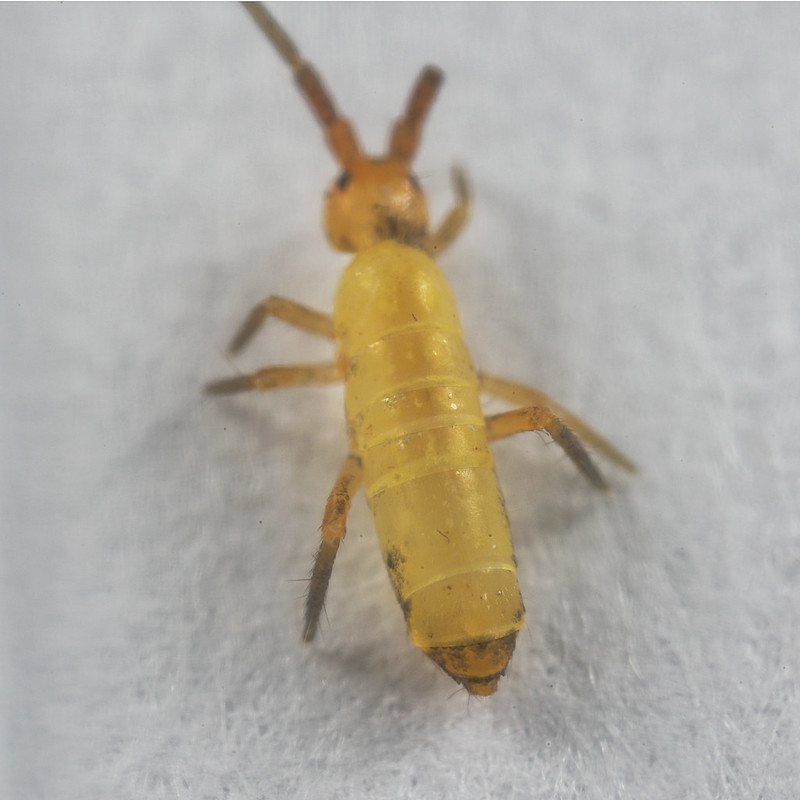