Members of the Dicyrtomidae are characterised by having a very short fourth antennal segment. Key identification features for each species are described below.

Dicyrtoma fusca is a small globular springtail (1-2mm) which varies considerably in colour from a dark maroon red to a paler yellow form, the mottled patterning also varies. The head and the body are always the same colour: 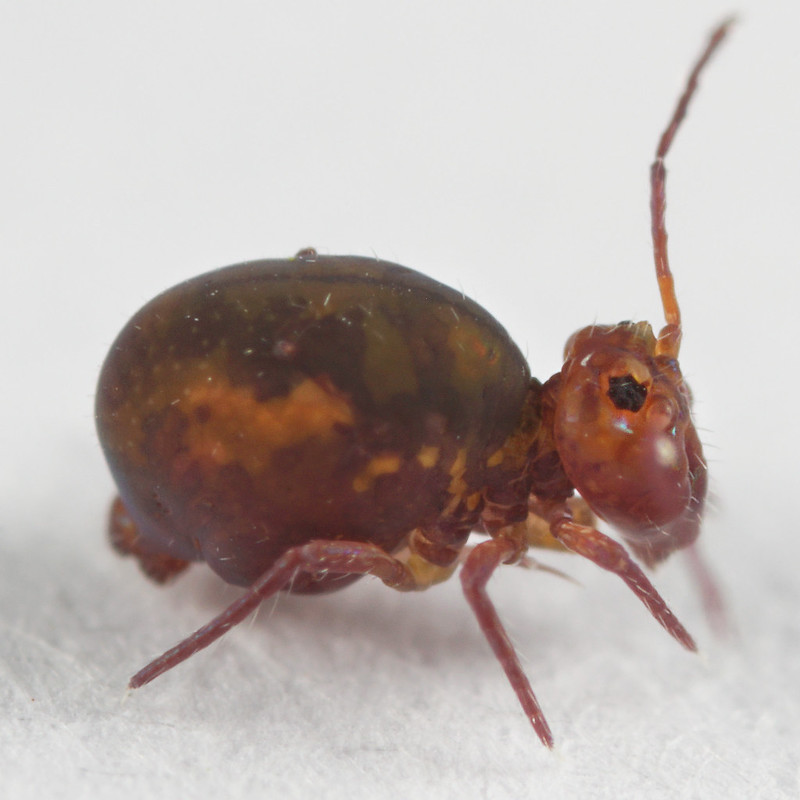 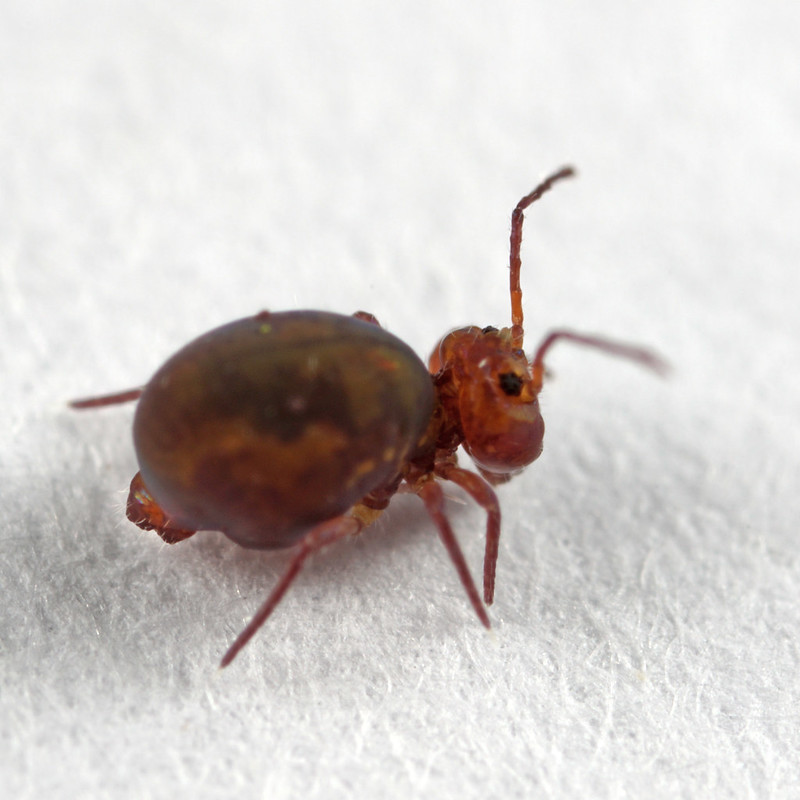 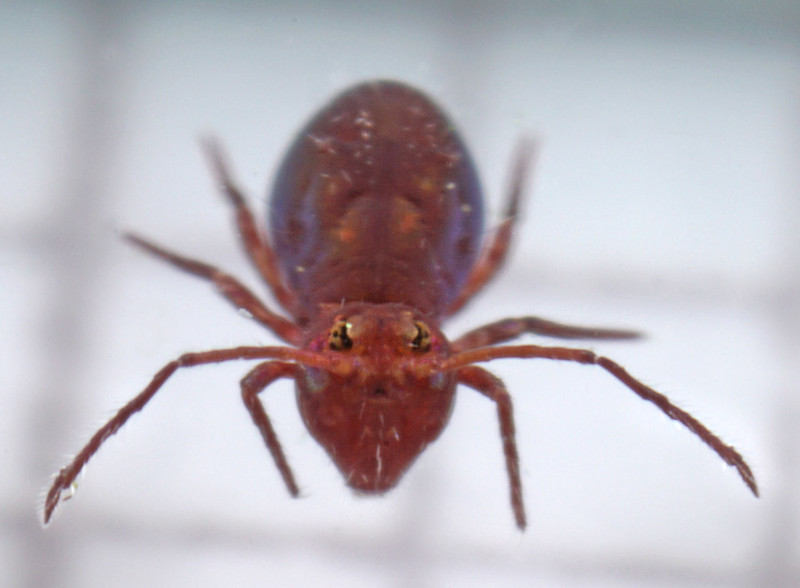 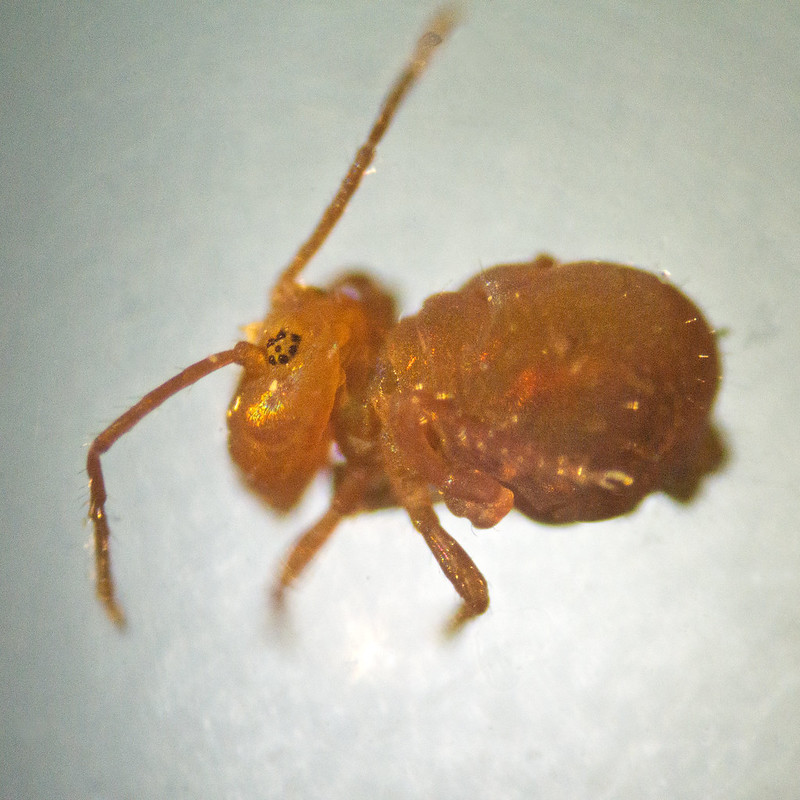 Dicyrtomina minuta
A common species found throughout Britain. The name is of this species is confusing - some D. minuta specimens grow bigger than D. ornata. Typically pale gold and less pigmented than D. ornata (dorso-anterior pigmentation lacking in particular). Similar to D. ornata, there is a long, narrow pigment streak on the rear of the abdomen. 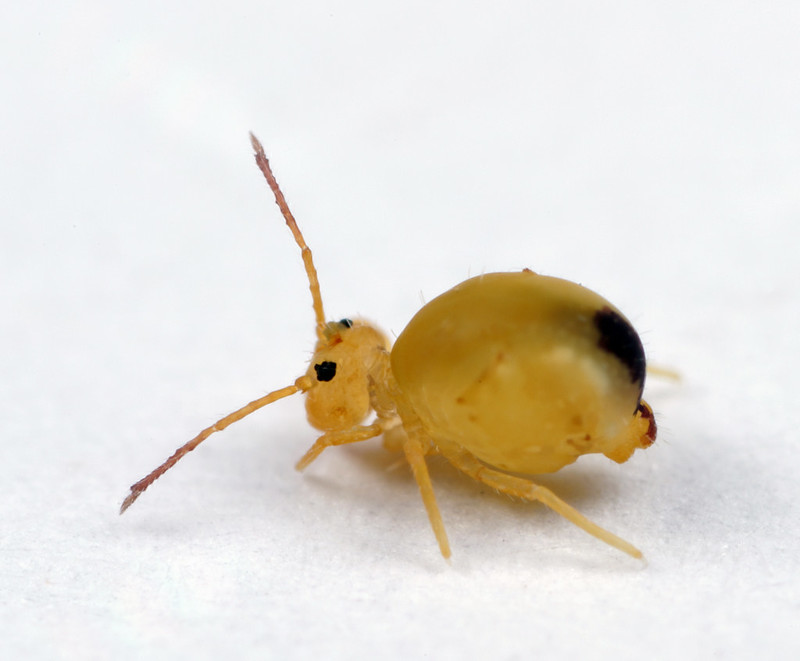 Dicyrtomina ornata
The historical records for a number of groups of springtail are hopelessly confused. These include Entomobrya intermedia/nivalis and also Dicyrtomina ornata/saundersi. This species has been frequently identified by the large rectangular patch of dark pigment on the abdomen, but this species is very variable in pattern and colour. Pale juvenile specimens (<1.5mm) are difficult to separate from D. minuta (see above). Key features: 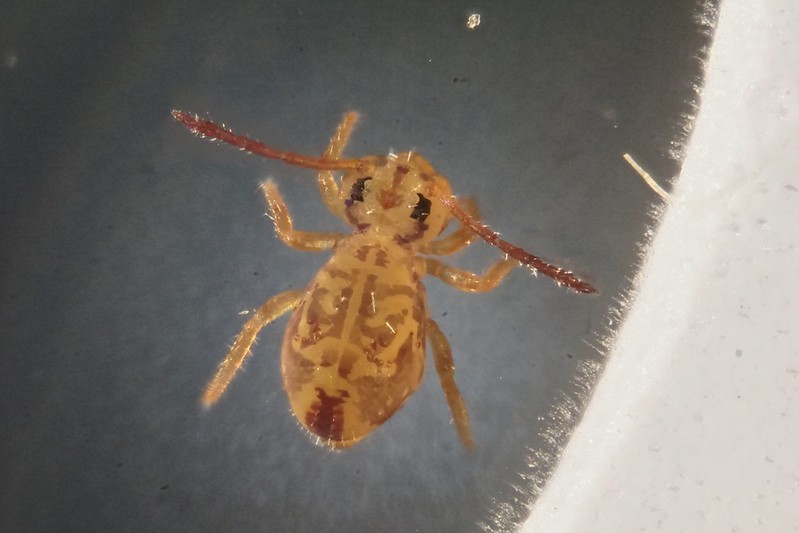 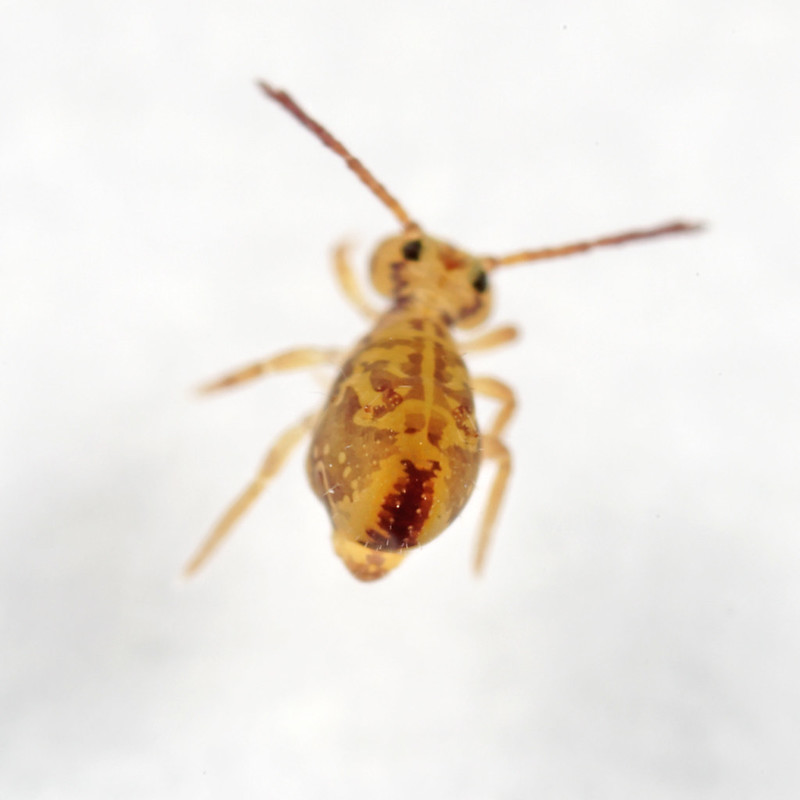 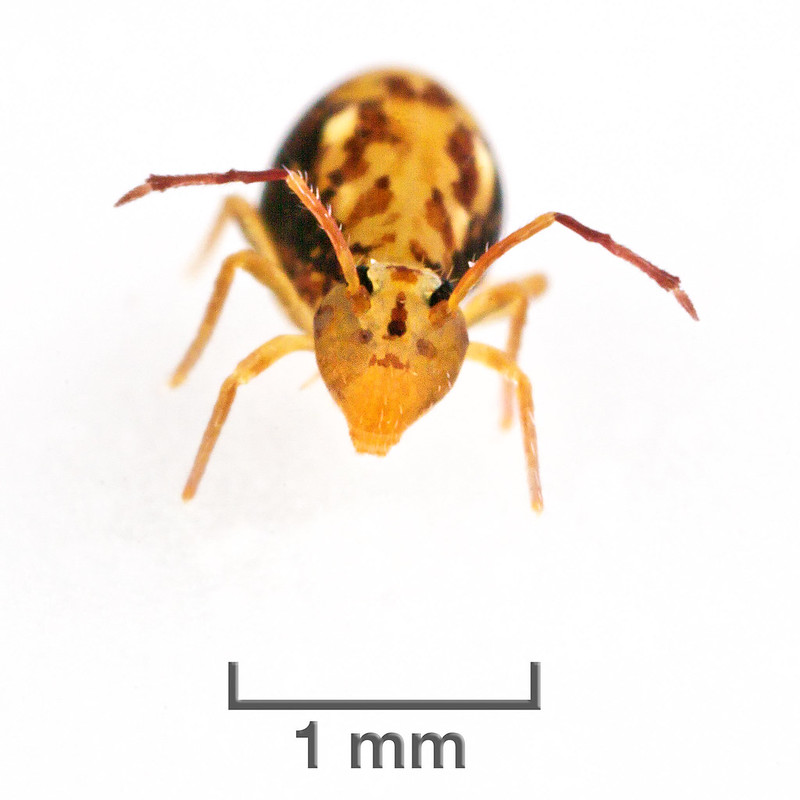 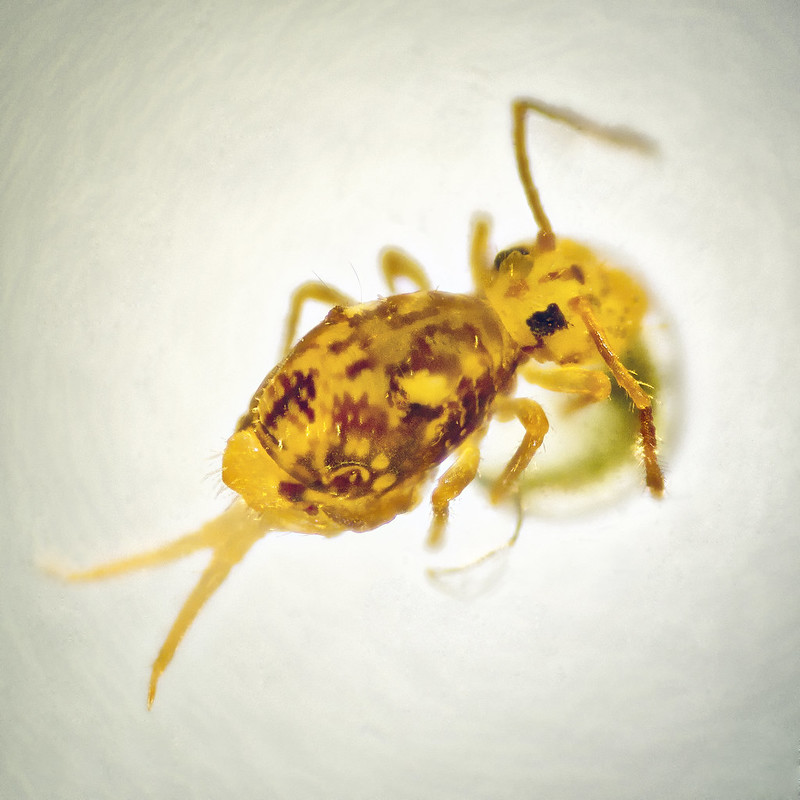 Dicyrtomina violacea
Resembles Dicyrtomina ornata with a solid patch of dark pigment at the posterior end of the abdomen, but unlike D. ornata the abdomen has an entirely purple ground colour with lighter orange reticulations. In D. violacea the head is lighter than the body, whereas in Dicyrtoma fusca the color of the head is similar to the body. Seemingly rare in the UK with very few records. 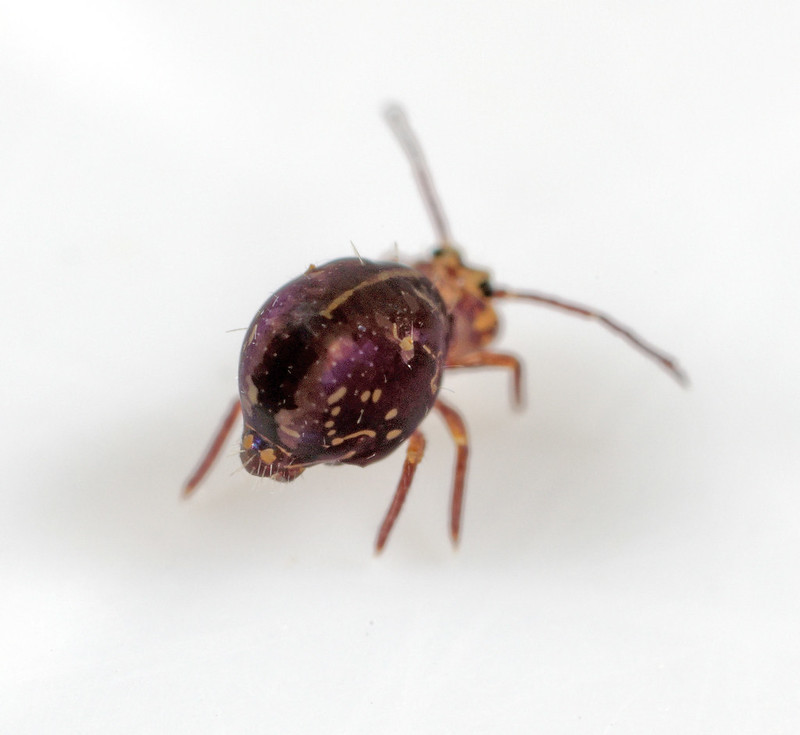 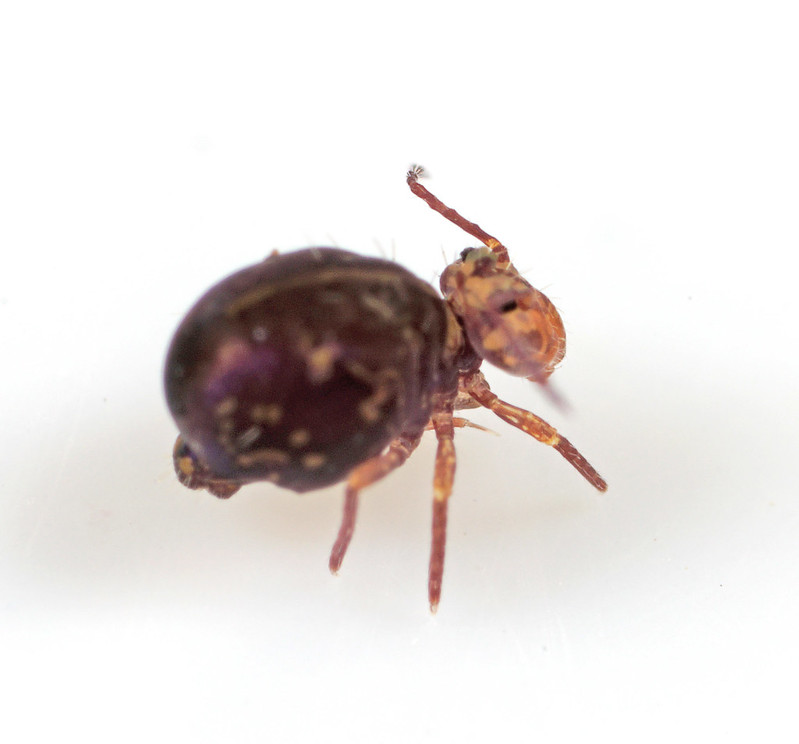 Jordanathrix nr. superba
This species resembles but is distinct from Dicyrtomina superba from New Zealand. Thought to be a relatively recent introduction to the UK, first recorded about 10 years ago. This species has a patch of dark pigment on the abdomen and is similar in appearance to D. ornata but the colour of the eyepatch is much paler (with dark ocelli) than the all-dark eyepatch of D. ornata: 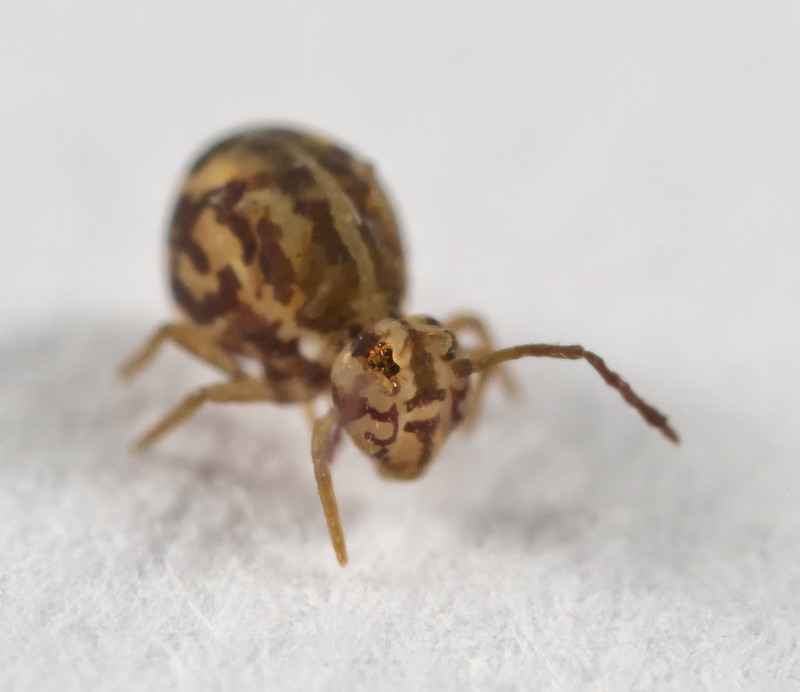 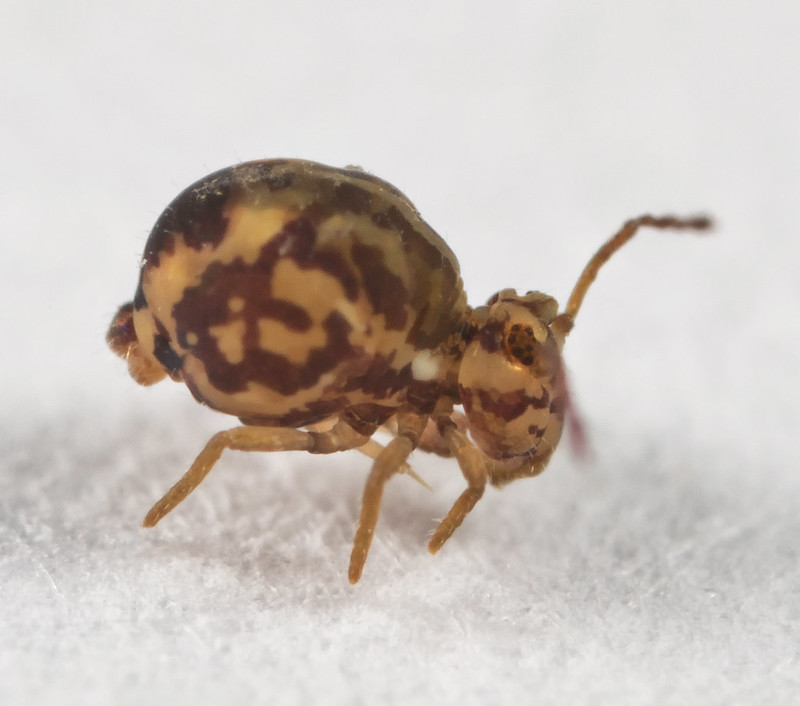 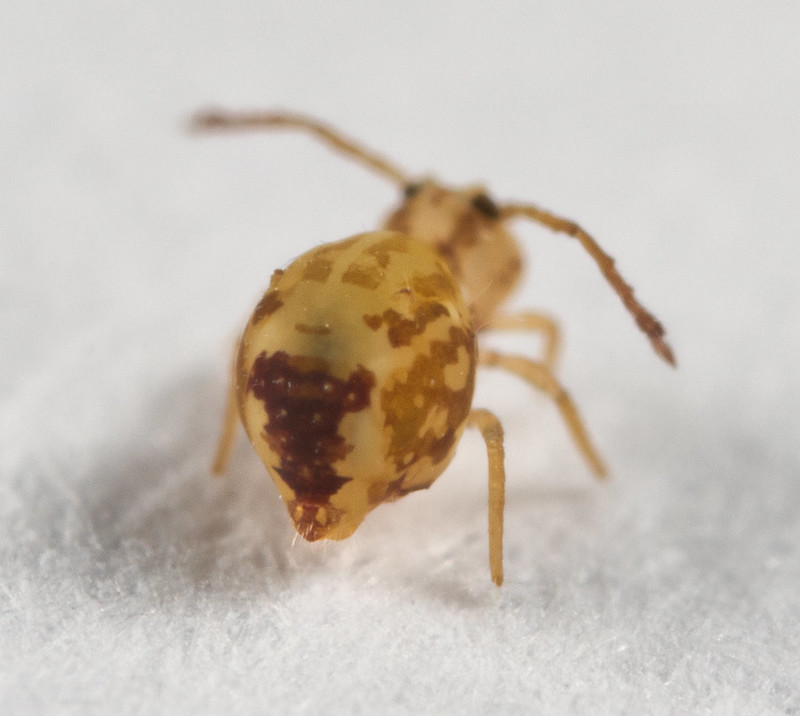