The genus Orchesella is characterized by:

There are five species on the UK checklist but only two are commonly encountered:

Orchesella cincta "Belted Springtail"
One of the commonest springtails in Britain, reaching ~4mm. Key feature: dorsal surface of abd3 fully pigmented (this can be important in preserved specimens). 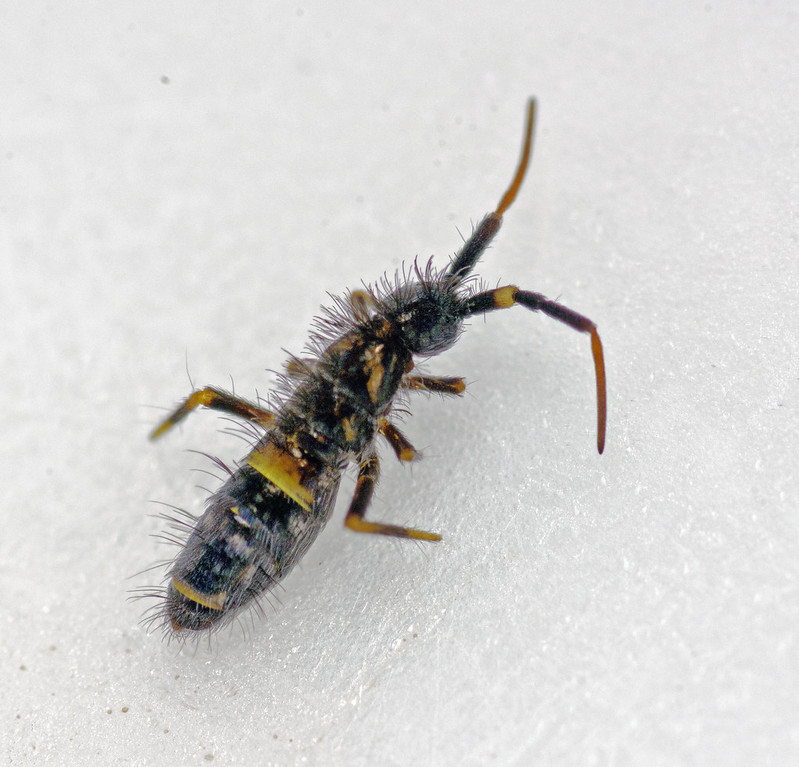 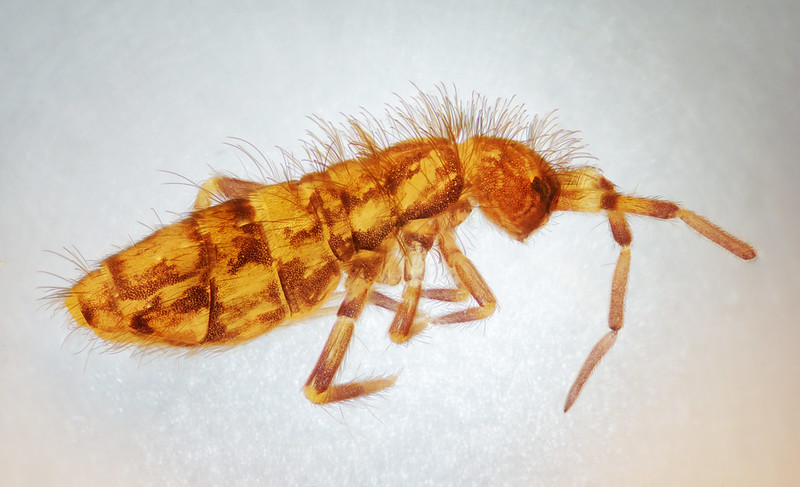 Orchesella villosa "Shaggy Springtail"
Common and widespread, one of the largest springtails reaching ~5mm length. Pigmentation patterns on the body in patches and are variable but ant2-ant4 mostly dark(c.f. O. cincta). Long, backward curved macrosetae on abdomen (although these can be lost): 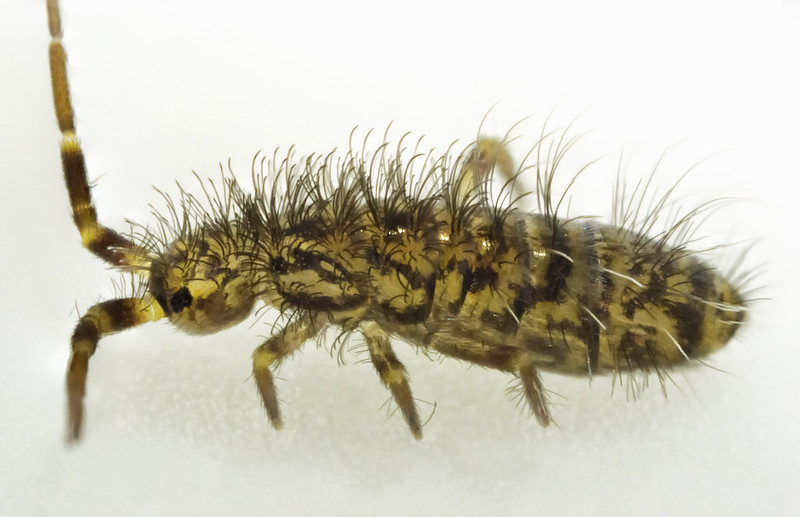 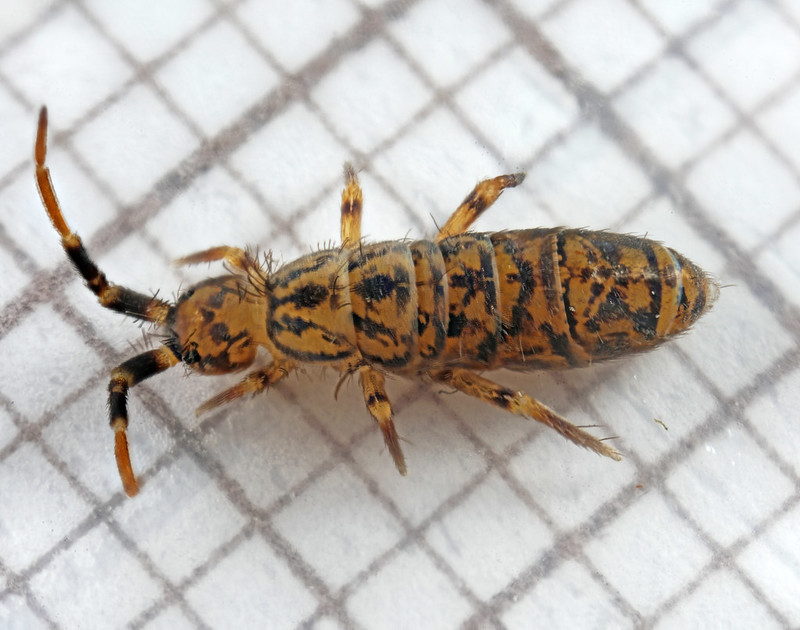 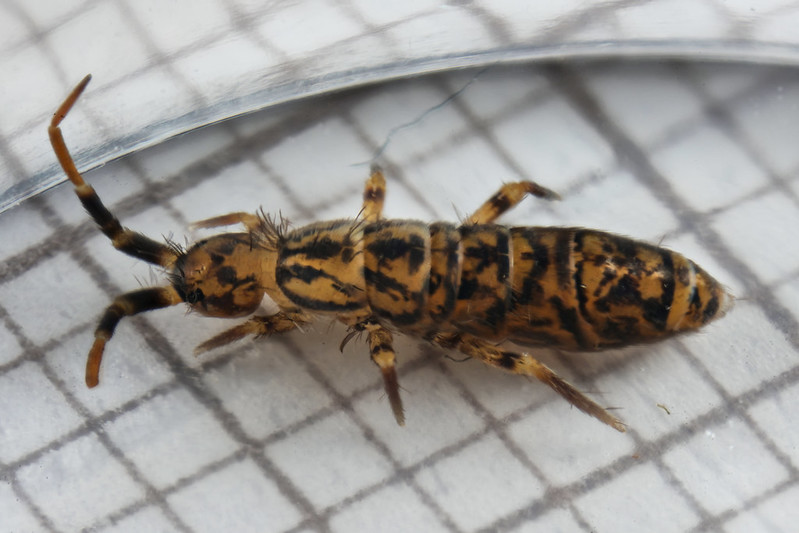